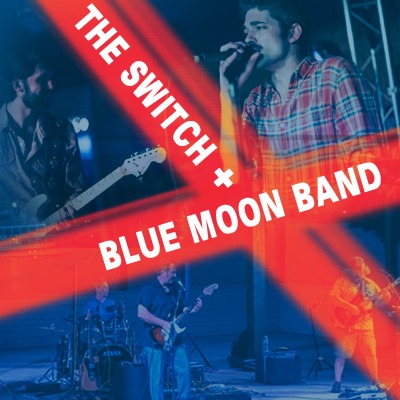 The Hyde Collection is teaming up with Strand Theatre in Hudson Falls for it’s first ever benefit rock concert. The afternoon will feature two of the region’s favorite bands, The Switch and Blue Moon Band, a cash bar, refreshments and more. A portion of the proceeds will provide support for your local non-profit art museum, The Hyde Collection.

THE SWITCH
Founded in 2011 The Switch is a blues and funk band combining four seasoned Upstate NY musicians. Their first album, “Slim Pickins” (2017), was recorded in Nashville by legendary producer Peter Young. Two years later, they recorded a live album at the historic Strand Theatre. Both albums showcase the high-energy, soulful funkiness that makes them unique compared to most Rock ‘n’ Roll bands. The musicians are Evan Malone on vocals, Tyler Calzada on drums, James Wood on bass, and Johnny Saris on guitar.

BLUE MOON BAND
The Blue Moon Band was formed in 2008 by two friends, Bill Cambell and Jason Saris. Both veterans of other bands, Bill and Jason found other local musicians who shared their love of music and didn’t want to play the “Same old songs”. Based out of the Lake George area The Blue Moon Band is a classic rock, blues and funk band playing covers, original songs and original interpretations. Blue Moon prides its self on an eclectic mix of music you will call the “Sound track of your life.” With six pieces, Bill Cambell [guitar and vocals], Jason Saris [guitar and vocals], Les Lappel [bass and vocals], Tom Alfonso [Drums and vocals], Kris Gage [percussion and vocals] and Everette Ramos [percussion and harp] the Blue Moon Band offers a wider variety of musical styles. From Santana to Elvis, Green Day to Jimi Hendrix, James Brown to Radio Head, and everything in between Blue Moon has something for everyone.