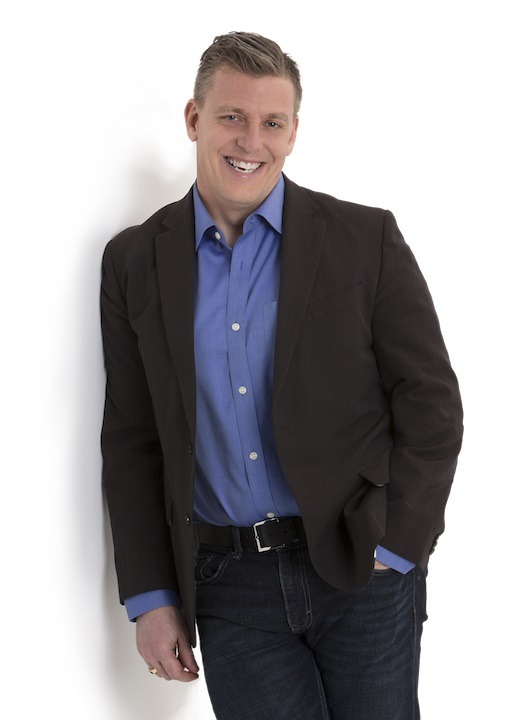 GLENS FALLS, New York—Stretched out in the rear-facing seat of his parents’ station wagon, the sun beating down on his face and the beauty of the North American countryside whizzing by, 7-year-old Richard Ratay felt like the king of the road.

“Like many kids of that era, I got my first real look at America facing backward,” Ratay said in a recent phone interview from his Wisconsin home. “I was fascinated by so much of what I saw… well, and maybe a little nauseous, too!”

With an excitement in his voice reminiscent of the little boy who transformed the back seat of many a luxury car into a fort with his two older brothers, the author of Don’t Make Me Pull Over: An Informal History of the Road Trip, fondly recalled the era of the great American road trip.

Ratay will speak about his book and his adventures on the road at 2 pm Saturday, March 9, at The Hyde Collection. The presentation, co-sponsored by Northshire Bookstore Saratoga, is inspired by The Hyde’s winter exhibition, Colorama, thirty-six large-scale photograph reproductions of Kodak’s famed larger-than-life ad campaign in Grand Central Terminal. Running from 1950 to 1990, Colorama encouraged adventure on the road, good times, and picturesque moments — all captured with Kodak products.

“Kodak photography redefined America for consumers across the country and around the globe,” said Jonathan Canning, director of curatorial affairs and programming at The Hyde. “For those of us of a certain age, this imagery resonates.”

With bold, bright colors and sharp, clean lines, the photographs sold a desire for the products and activities they marketed. Most images in the exhibition, which is organized by George Eastman Museum, are from the 1960s, a critical period of change in the nation and arguably the heyday of Colorama and the family road trip.

Ratay’s family hit the highway every Christmas and during springtime school breaks, heading south so his father could golf. What stands out in his recollections, though, aren’t the resorts they visited, but the memories they made. In fact, Ratay doesn’t mention a single destination in Don’t Make Me Pull Over.

“It was never about the destinations,” he said. “It’s not what was important. It was being cooped up together in a car and what we discovered along the roadways.”

More than an amazing pool at a resort, or even Disney World, Ratay remembers roadside breakdowns; running out of gas because his father didn’t want to stop — “My dad was, like many fathers, about making good time; he just wanted to get to whatever the day’s destination was as fast as humanly possible for no other reason than to prove it could be done”; hours of MAD Libs, and the license plate and ABC games; and impromptu stops at bizarre roadside attractions.

Ratay goes beyond personal experiences to look at how America got its highways and interstates; the fantastic story of the first motorist to cross America by automobile; and legendary devices like Fuzzbusters, cruise control, and 8-track tape decks; and will even reveal why station wagons had fake wood paneling on their sides.

Ratay will be available to sign copies of his book starting at 1 pm at the Museum. Northshire will have copies of Don’t Make Me Pull Over available for sale.

This event is made possible by a grant from the Robert Lehman Foundation, which supports museum exhibitions, art education programs, scholarly publications, and art history lectureships that complement the strengths of the Robert Lehman Collection at The Metropolitan Museum of Art.