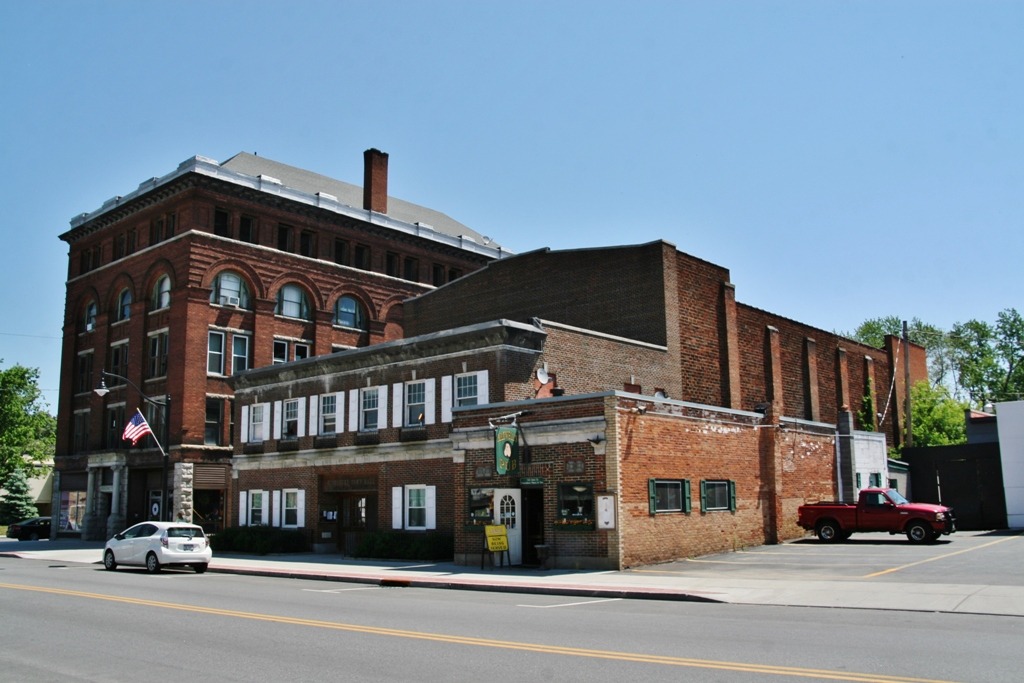 GLENS FALLS, NY (March 1, 2020) – The Strand Theatre in Hudson Falls will be hosting a concert to benefit Glens Falls’ The Hyde Collection art museum on March 1 at 3pm.

The concert will feature performances by Lake George-based rock bands Blue Moon and The Switch. Tickets are $10 each, with a majority of the proceeds benefitting programming at the Hyde Collection, and are available now.

Purchased in 2016 by Jonathan Newell, Hudson River Music Hall Productions executive/artistic director, the Strand celebrated its grand reopening in October 2019, after serving as Hudson Falls’ town offices since the original theater closed in the 1960s. Newell plans to continue renovations to the historic theater in 2020, including replacing the roof and creating a public lounge and teaching space.

“We’re so lucky to have the Hyde Collection in our midst—it’s truly a hidden gem of this area,” says Newell. “Partnering with the Hyde is a great way for us to showcase this theater that has been closed off to the public for 50 years and show off the wonderful art on display at the Hyde Collection.”

Events such as the benefit concert at the Strand Theatre are part of Hyde Collection CEO Norman Dascher’s plans to expand the Hyde’s reach throughout Upstate New York and beyond the region. “We’re very fortunate to have such talented local artists offer to volunteer their services to benefit the Hyde,” says Dascher of the bands that will be performing at the benefit concert. “And, of course, we couldn’t be happier that after a half a century, the Strand is back to providing unparalleled cultural programming to the area. We look forward to working closely with Jonathan and his team in the future.”

On the day of the event, the Strand’s lobby will open at 1:30pm for light refreshments and a cash bar. The theater itself will open at 2:15pm for the 3pm concert. Each band will perform for an hour, with a 20-minute intermission between performances, during which there will be a short presentation curated by The Hyde Collection. Click here to purchase tickets.

About The Strand Theatre
The Strand Theatre is a historic theater located in Downtown Hudson Falls, NY, which was originally constructed in 1923 and recently refurbished to its former glory by Jonathan Newell, the executive/artistic director of Hudson River Music Hall Productions. Newell purchased the venue in 2016 and, thanks to generous donations and volunteer work from the community, reopened it for the first time in 2017, with a grand reopening taking place in October 2019. The venue has 350 seats, many of which are from the original theater, as well as decorative ceilings, crystal chandeliers and a 24×34-foot stage. Newell has plans to host up to 150 events per year at the Strand, making the historic theater a gathering place for the Hudson Falls community and the surrounding region. The Strand is located at 210 Main Street in Hudson Falls, NY.