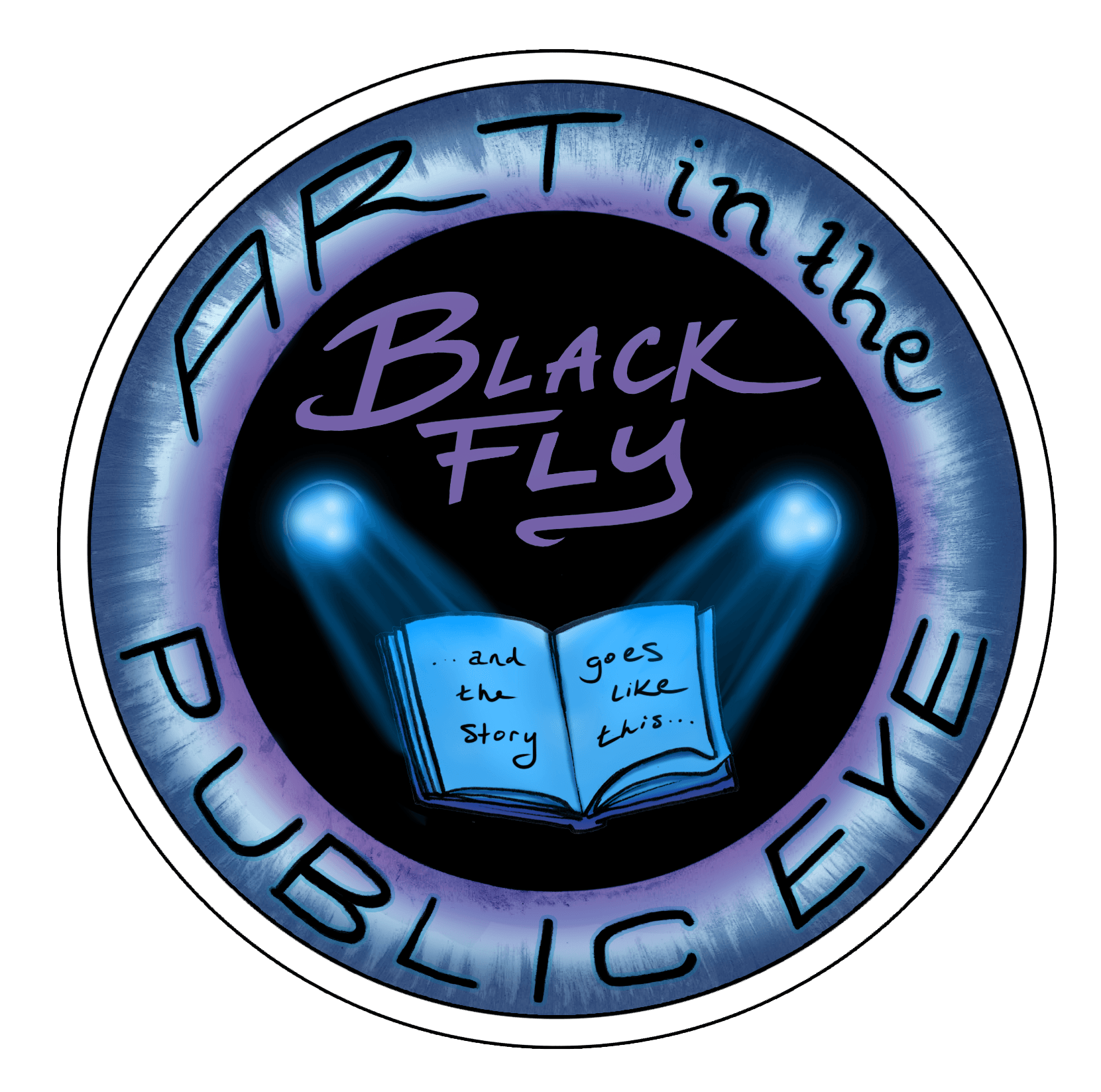 GLENS FALLS, New York—The minute she heard the words Black Fly, Johannah Davies-Spero knew she had the perfect tale for the storytelling event.

“Some stories lend themselves well to live storytelling,” said the Queensbury-based author of such novels as Forte, Concerto, Catcher’s Keeper, and Boy on Hold. “My story wouldn’t be nearly as effective written on the page.”

So Davies-Spero signed on to participate in Black Fly, a collaboration of Art in the Public Eye (APE), Adirondack Theatre Festival, and The Hyde Collection, at 3 pm Sunday, June 9, at the 161 Warren St. museum.

APE’s regional take on NPR’s The Moth series has been on a three-year hiatus, despite its popularity.

“Black Fly is an APE and community favorite,” said Erin Coon, president of APE’s board of directors. “Partnering with The Hyde is the perfect way to relaunch the program.”

“There are so many interesting people in our community with stories to tell,” Coon said. “Many are funny, some are quite sad or scary. All of them are inspiring. What’s most amazing is the bravery the storytellers have. They stand in front of a crowd, many of whom they know from living and working here, and give us an intimate glimpse into who they are. We’re so lucky to live in a community where people trust us enough to share in that way.”

As an author, preserving the art of storytelling is something Davies-Spero finds especially important. “I love that this event gives voice to those who would never write it down. What would happen to those stories?” she asked. “I think of the ancient art of oral tradition; all those myths and legends would cease to exist if people hadn’t simply kept telling the story. And that’s what connects us all, these stories.”

Supporting writing and performance art is part of APE’s mission, Coon said. “Partnering with The Hyde, which preserves visual art and history, and Adirondack Theatre Festival, which advocates for and develops live productions, makes sense for this incredible storytelling event,” she said.

All the speakers will deliver stories inspired by a central theme, Calling All Fakes, a twist on the upcoming Adirondack Theatre Festival performance of Calling All Kates, a new theatrical production based on a true story of a man left at the altar who finds a stranger with the same name as his former fiancée to share the around-the-world honeymoon he planned.

“The Hyde is excited about this opportunity to partner with APE and ATF,” said Jenny Hutchinson, curator of Museum education and programming. “Just as visual arts invite viewers to imagine a story, filling in with their own experiences and reactions, Black Fly gives us the story and allows us to visualize the experience, the setting, and the characters.”

The program will be held on the Second Sunday of the month, during which The Hyde offers free admission all day, as well as Art Lab from 1 to 4 pm. The free gallery and art-making activity explores the “A” in STEAM (Science, Technology, Engineering, Art, and Math). For families with children ages 6 and older, but anyone can participate; even adults without children will have a blast. This month, learn how Renaissance artists used geometry to create their compositions, then create geometric mandalas in the Art Studio.

About Art in the Public Eye
Art in the Public Eye is a nonprofit organization dedicated to supporting the intersection of arts and entertainment and educational pillars in the community. APE strives to encourage growth through free or affordably priced arts and educational programs; developing artistic and educational programs; providing support for individuals and small groups looking to advance ideas; and collaborating with other organizations to create an attractive place to live, play, and work. Learn more at artinthepubliceye.org.

Adirondack Theatre Festival (ATF) is a professional not-for-profit summer theater located in Glens Falls, New York. ATF is dedicated to the development and production of new and contemporary musicals and plays. Each summer, ATF produces a nine-week season for an audience of more than 9,000 using professional artists from New York City and across the country. A typical season includes four mainstage productions and four special events. ATF also operates the Adirondack Film Festival, which extends its mission of new plays to reach new films. Serving more than 3,500 patrons in one weekend, the film festival brings in major stars from the industry and showcases more than 100 films across multiple screens in downtown Glens Falls. Learn more at atfestival.org.