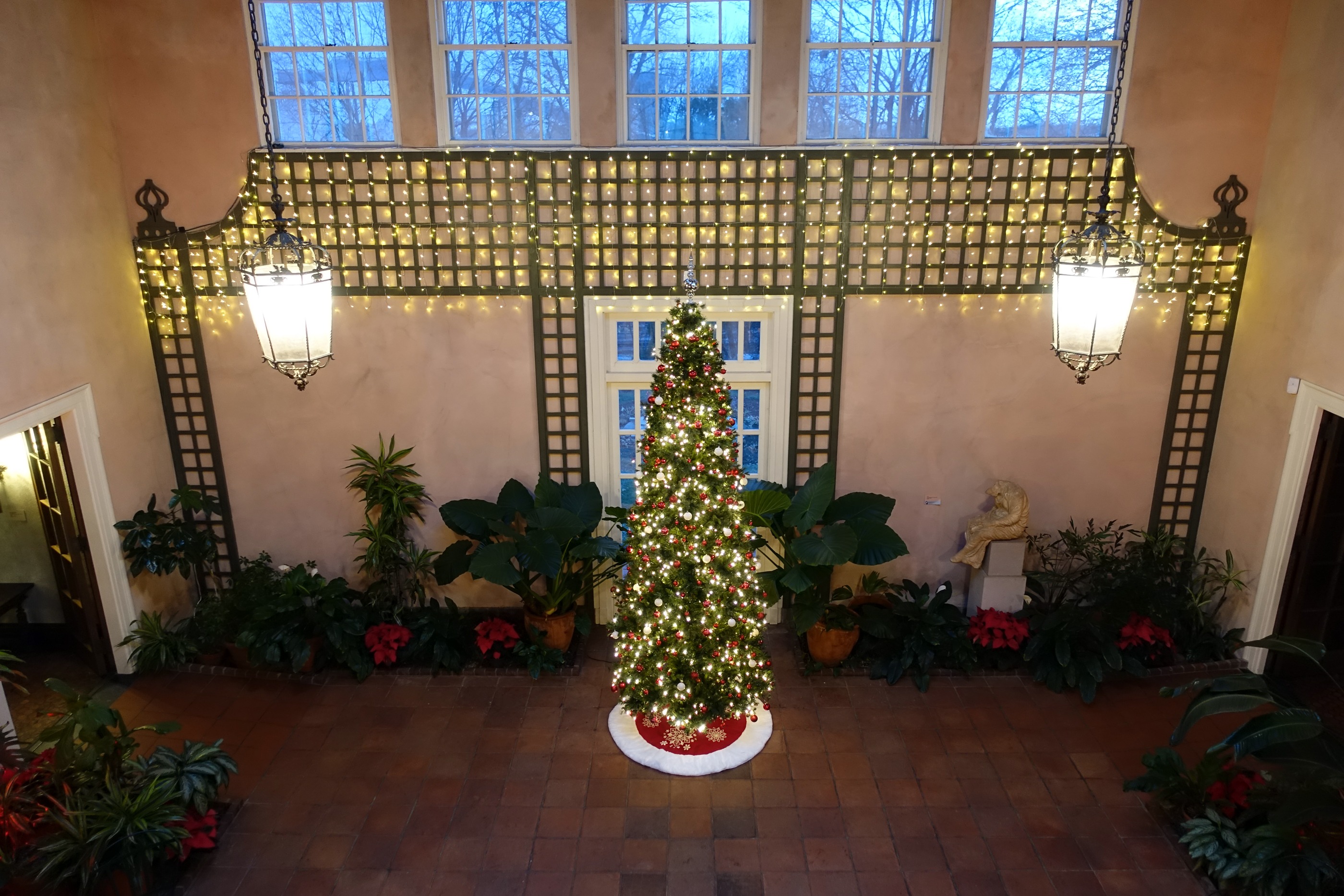 GLENS FALLS, New York—The editors of Look Magazine searched the nation and found no finer example of a post-war American community than Glens Falls. On Saturday, December 7, relive the nostalgia and magic of 1940s Glens Falls with a live holiday armed forces radio broadcast at The Hyde Collection.

Gary Ferris will lead a reproduction of a 1944 Until It’s Over Over There, a live radio broadcast for soldiers and sailors stationed overseas. The cast and crew of the show will be in Glens Falls to celebrate its Hometown USA designation.

“This radio show brings together many art forms: There’s visual art in the historical photos from Look Magazine, there’s theatrics, music, literature,” said Jenny Hutchinson, curator of Museum education and programming at The Hyde. “Most importantly, there’s Glens Falls history and a real sense of community, in which we’re all so deeply rooted.”

Gary Ferris has been performing one-man re-enactment radio broadcasts for about ten years, but this is his first time bringing other people on stage with him. “This is new and exciting, but that’s the way they really did it, of course,” Ferris said. “Artistically and historically, it’s going to be right in line. It’s going to have that real homey 1940s feel to it.”

Ferris, a singer, has always loved music from the ’40s. He performs a catalogue of more than 100 songs at nursing homes, veterans events, and celebrations.

He loves every performance, but the event scheduled at The Hyde Collection is made even more special by the fact it’s celebrating Glens Falls history. “It was a big deal. A lot of people have lost touch with what that is and what that means,” he said, referring to the Look Magazine honor bestowed upon the city.

“We are so pleased to be a part of this third annual collaboration with The Hyde Collection for Hometown Holidays,” said Jennifer Brink, executive director of Glens Falls Symphony. “Music is such a big part of this time of year. We look forward to singing and listening together.”

The free event is followed by light refreshments. Historic Hyde House will be beautifully decorated for the season and the Museum will offer an expanded Holiday Gift Shop.

What is Crandall Public Library?

What is Glens Falls Symphony?

Glens Falls Symphony has brought fine symphonic music to audiences in the Adirondack region for more than three decades. Offering five concerts per subscription season, the Symphony performs at Glens Falls High School auditorium. The orchestra is a fully professional union orchestra with musicians hailing from the Capital District, New York City, Rochester, Boston, New Jersey, and beyond. Glens Falls Symphony is proud to reside in the smallest city in America to support a fully professional symphony. With programming that includes story-time readings of music books at libraries and bookstores, a music film series, panel discussions, author events, and special fundraising events that bring a fresh approach to live music, the Symphony’s goal is to make live orchestral music a regular part of civic life in our region.