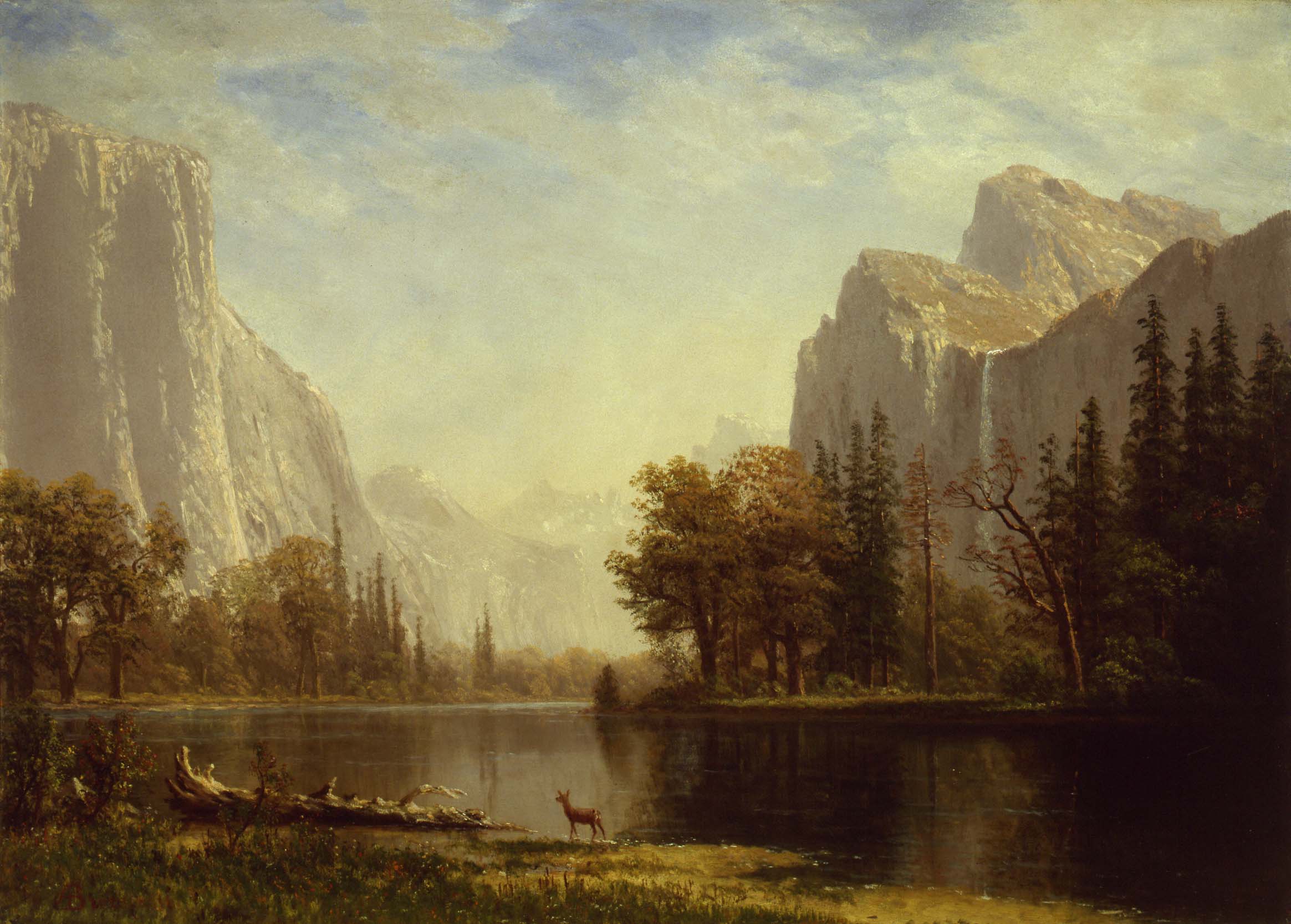 As director of communications, I am one of the few members of The Hyde administrative staff without a background in art or art history. That means that even after nearly three years here, I learn new things just about every day.

Early in my time at the Museum, I tagged along on a tour of Hyde House (something I still do a few times a month and highly recommend; every docent or educator gives an entirely different tour, so it’s a new experience every time). In the first-floor guest bedroom, the docent talked about Yosemite Valley by Albert Bierstadt. She told the Museum visitors that artists like Bierstadt provided residents of the Eastern Seaboard their first depiction of the vastly unsettled western terrain of the United States. I had never considered how foreign our own nation must have been to early generations of Americans. (And I understand, of course, that American Indians were here long before the European settlers and their descendants who are discussed here.)

Now, when I see Yosemite Valley, I try to envision how big the West must have felt to artists like Bierstadt and Frederic Remington (who is also represented in The Hyde’s permanent collection of more than 5,000 works), and even adventurers like Louis and Clark a few decades earlier. Imagine venturing to places few people had traveled, with no idea what you might encounter. Try to feel how vast the landscape must have seemed, how untouched the wilderness was. It’s no wonder artists like Bierstadt play such an important role in the development of landscape and en plein air art in the United States.

Want to read more? I stumbled upon this interesting article that chronicles landscape art throughout U.S. history by KCET, a Los Angeles-based independent educational television station.