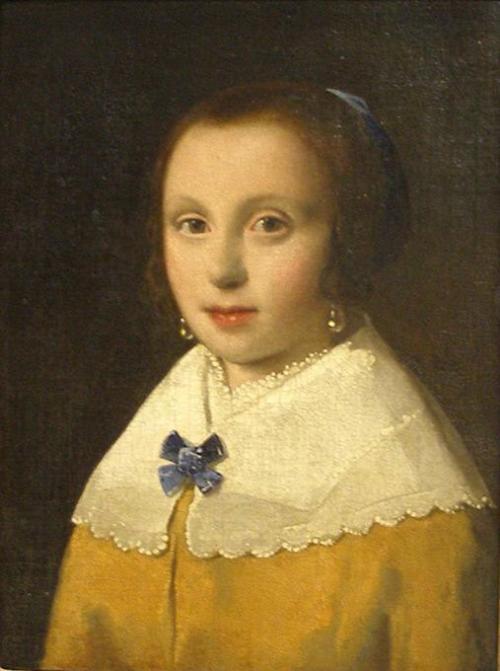 A colleague shared a recent article about art forgery, and I couldn’t stop reading. It’s a fascinating read.

The Guardian piece said that forgery techniques have become so sophisticated, Sotheby’s — long considered the world’s premier auction house — purchased Orion Analytical, a conservation and analysis unit, to help limit the number of fakes that make it to their floor.

In doing so, Sotheby’s brought on James Martin, an acclaimed conservator who has become the foremost forensic art detective. He often works on FBI forgery investigations. By analyzing paint, brush strokes, surfaces, chemicals, and underdrawings, Martin determines the authenticity of artwork around the world.

The technology that makes Martin’s work possible was nonexistent when Mrs. Hyde was building her collection. In 1937, she purchased Girl With Blue Bow, which at the time was believed to be a portrait by Jan Vermeer (1632–1675), but has since been deemed the handiwork of Han van Meegeren.

Van Meegeren (1889–1947) was a Dutch artist who successfully passed off his artwork as that of Vermeer to the tune of what today would be about $30 million. Since little was known about Vermeer and only a few dozen works were attributed to him, the artist made an easy target for forgers. Van Meegeren was ultimately busted, tried, and convicted, but he died of a heart attack before serving any time. (Want to learn more about van Meegeren? This NPR article tells his fascinating story.)