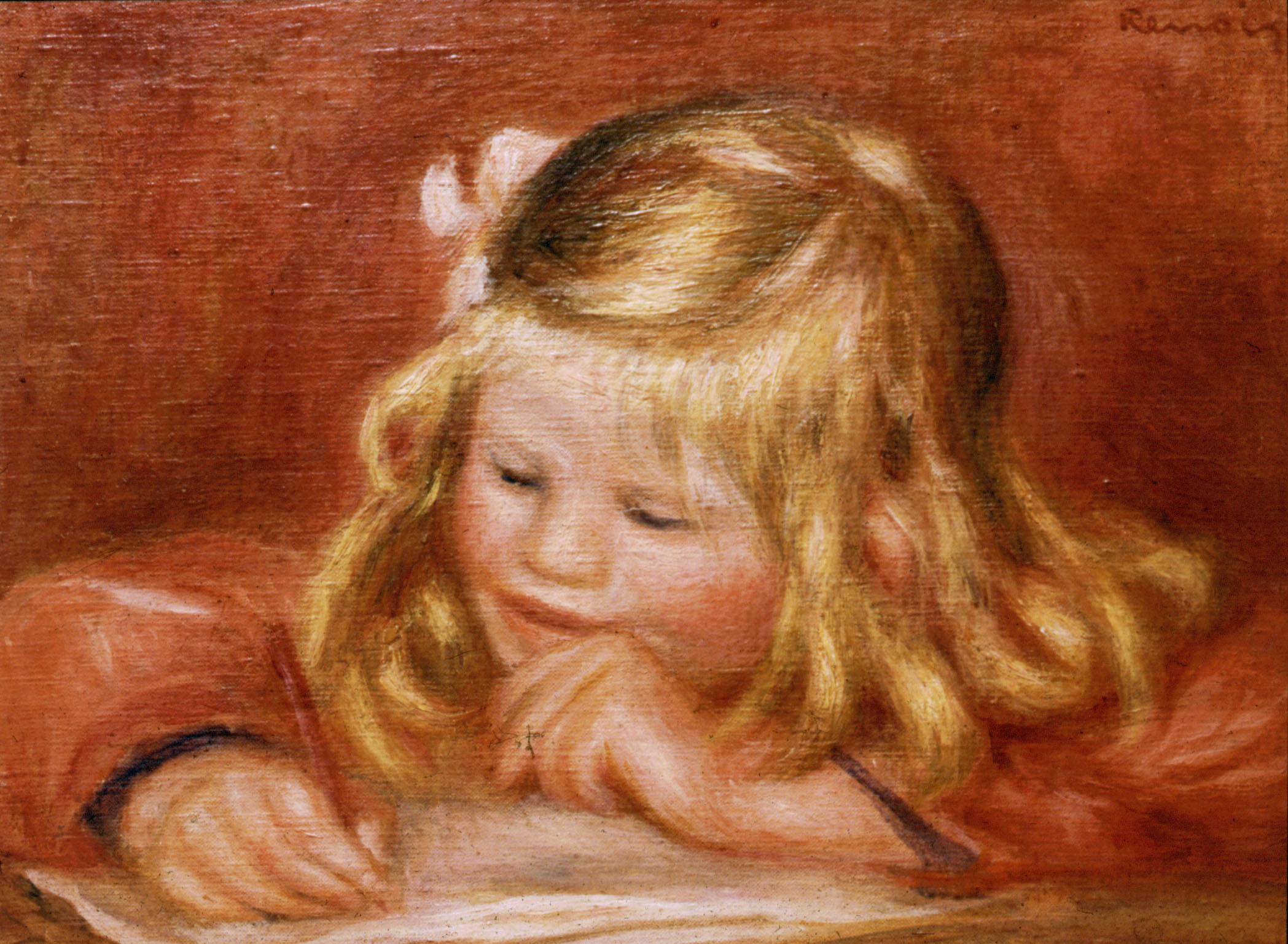 We have wonderful news! After several months away, the lovely Coco by Pierre-Auguste Renoir is once again exhibited in the Green Guest Room on the second floor of historic Hyde House.

Coco spent the late fall and winter at Nova Southern University in Fort Lauderdale, Florida, for an exhibition titled William J. Glackens & Pierre-August Renoir: Affinities and Distinctions. She was acclimated and inspected, as required with all artwork returning to The Hyde Collection, and returned to her place of honor in Hyde House early Friday.

Loaning art is not new to The Hyde. The Museum has loaned its artwork to thirty-seven prestigious museums in fourteen states and eight countries.

An aside: William Glackens’ Hammerstein’s Roof Garden is included in The Hyde’s summer exhibition, From the Rooftops: John Sloan and the Art of a New Urban Space, in Wood Gallery.