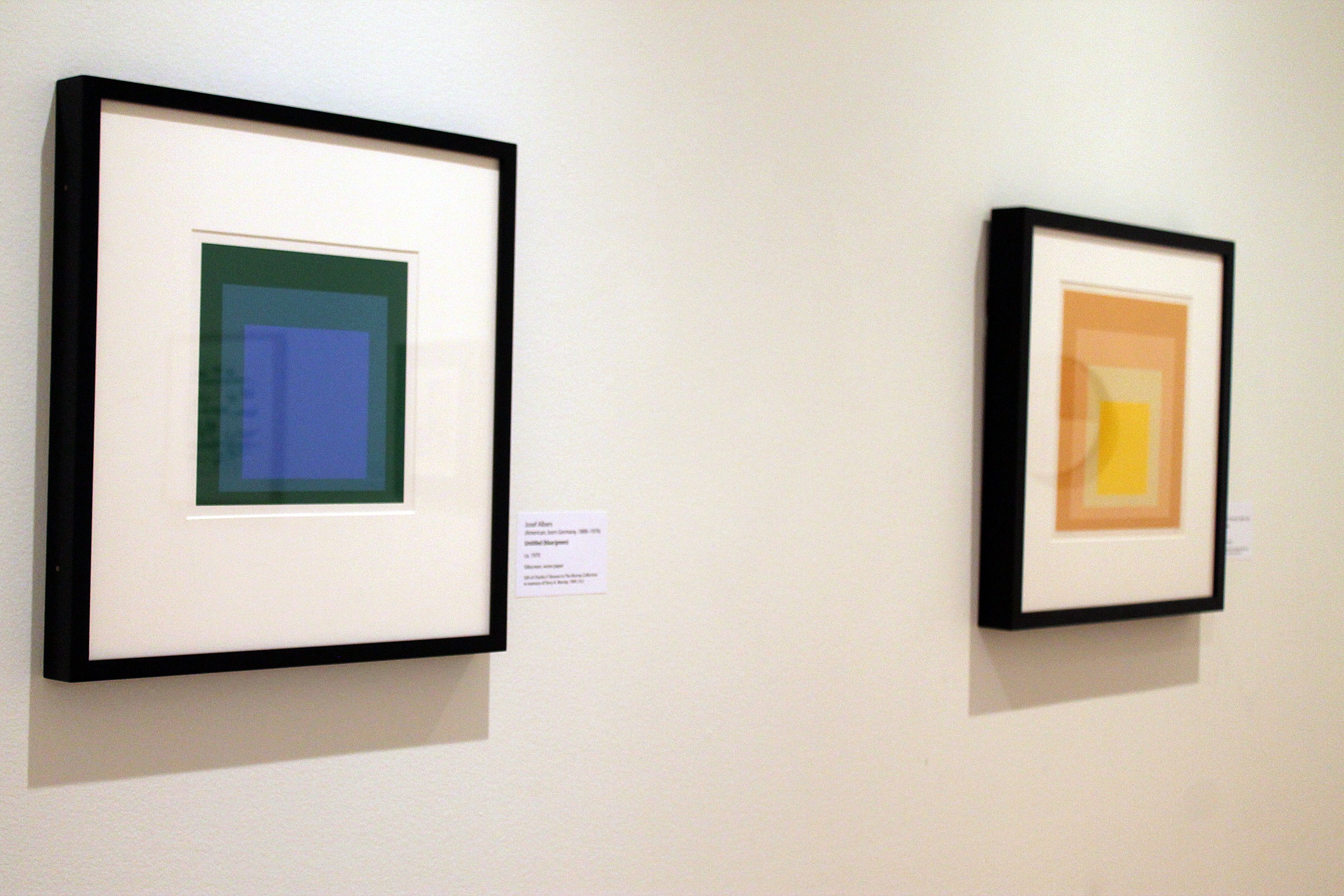 Throughout history, the visual arts have inspired musicians, writers, and poets. When The Hyde’s From Bauhaus to Black Mountain College exhibition was installed in Hoopes Gallery in late June, one of The Hyde Collection’s Visitor Services representatives, Sue MacKenzie, herself a writer and musician, made an instant connection.

“I’ve often wondered if Hudson Falls poet and National Book Award winner William Bronk could have been influenced by Josef Albers’s Homage to the Square series when he wrote his poem Midsummer,” Sue wrote in an email to staff members.

A green world, a scene of green, deep
with light blues, the greens made deep
by those blues. One thinks how
in certain pictures, envied landscapes are seen
(through a window, maybe) far behind the serene
sitter’s face, the serene pose, as though
in some impossible mirror, face to back,
human serenity gazed at a green world
which gazed at this face.
And see now,
here is that place, those greens
are here, deep with those blues. The air
we breathe is freshly sweet, and warm, as though
with berries. We are here. We are here.
Set this down too, as much
as if an atrocity had happened and been seen.
The earth is beautiful beyond all change.

What creativity has art at The Hyde Collection stirred in you?