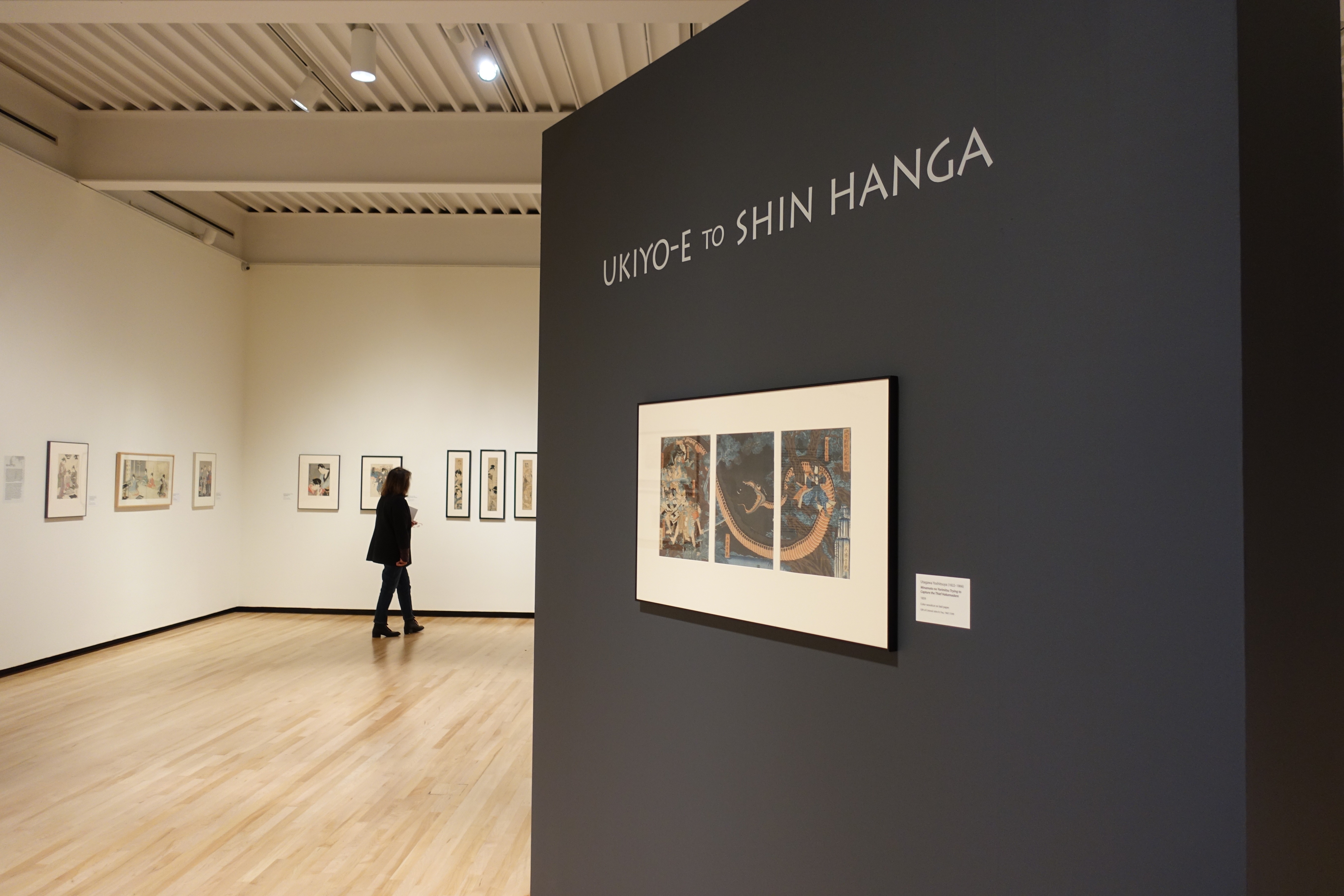 The American Alliance of Museums later this month will celebrate Welcoming Week, a national movement meant to welcome immigrants and refuges to their communities.

The Hyde is proud to be an open, inclusive, and welcoming venue, with exhibitions and programming that help spark conversation about diversity, inclusion, and what it means to our community.

In Wood Gallery right now, you will find From the Rooftops: John Sloan and the Art of a New Urban Space. The exhibition includes paintings, photographs, sketches, and prints by artists who looked to the city’s rooftops, where immigrants and the poor escaped the stifling conditions of the tenements. In the children’s space on the Museum’s lower level, we invite visitors to tell their story — immigrant, rooftop, or otherwise — on T-shirt-shaped papers inspired by the exhibition.

Earlier this year, the Museum exhibited Colorama from the George Eastman Museum. The photographs from a Kodak advertising campaign show a picturesque nation of smiling people, most holding a camera, glossing over the turmoil of the 1960s, from which most of the images were drawn. Our educators used the photography as a jumping-off point to discuss the era and the issues of civil rights, gender equality, the Vietnam War, and political strife.

Last summer, The Hyde paired Jane Peterson: At Home and Abroad with Changing the Landscape: Women Impressionists from the Thomas Clark Collection. Peterson was a well-respected artist who supported herself and traveled around the world to paint — groundbreaking in her time. The two exhibitions examined the works of women every bit as talented as their male counterparts, whose names were lost in the obscurity of a patriarchal art history.

The first exhibition of 2018, From Ukiyo-e to Shin Hanga, was The Hyde’s first major exhibition devoted entirely to Asian prints. It was paired with works drawn from the Museum’s permanent collection to show the influence Japanese printmaking had on Western artists.

Exhibitions scheduled at the Museum in coming months and years include a survey of art on paper by African American artists; the prints of Dox Thrash; the place of Robert Blackburn in the context of modern printmaking; The Hyde’s first pair of exhibitions of Mexican art, comprising the prints of José Posada and a private collection of Mexican paintings that includes works by Frida Kahlo, Alfredo Ramos Martínez, and Diego Rivera; and paintings by contemporary regional artist Amy Cheng, who was born in Taiwan, and combines Eastern, central Asian, Islamic, and European patterns and decorative devices.

Art, like music or dance, is a universal language. The Hyde is grateful to be part of the conversation.