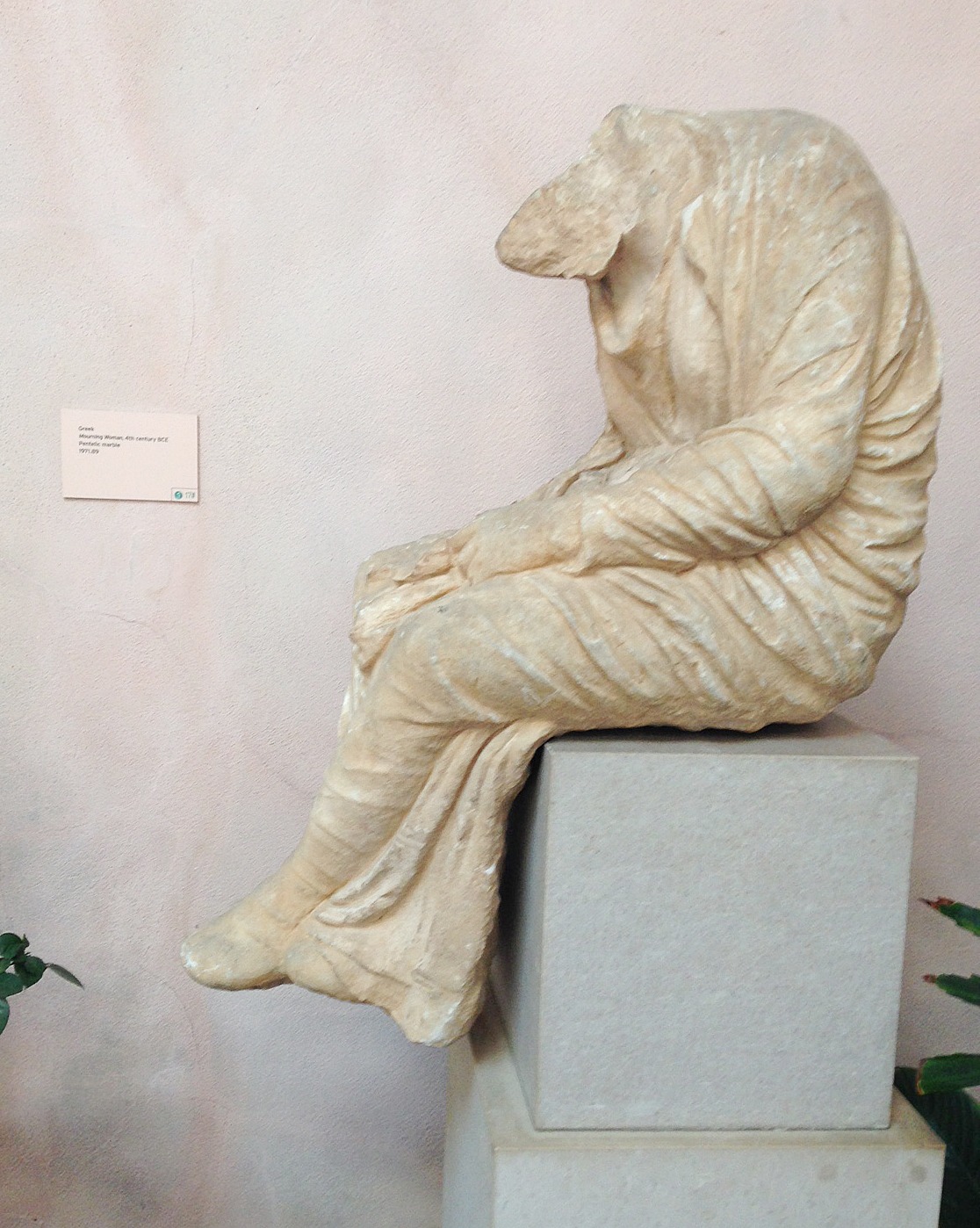 We are frequently asked what happened to Mourning Woman, the sculpture in Hyde House Courtyard. The Greek sculpture dates to the fourth century BC and is the oldest work in The Hyde’s permanent collection.

We sometimes joke that the sculpture’s head broke off when a particularly rambunctious child bounced into its base — an answer that always widens the eyes of our young visitors.

But of course we don’t actually know when, how, or where the statue’s head was lost. An interesting article this week in The Guardian is about the astonishing accuracy of casts taken of marble statues at the Parthenon in the early 1800s.

The casts reveal details lost over the years on what a senior curator of ancient Greece at the British Museum describe as “the most beautiful man-made sculptures on earth.”

This article makes me wonder about what Mourning Woman‘s head would look like, and if the work of art would be as moving with it. Read more about the Parthenon sculpture here.