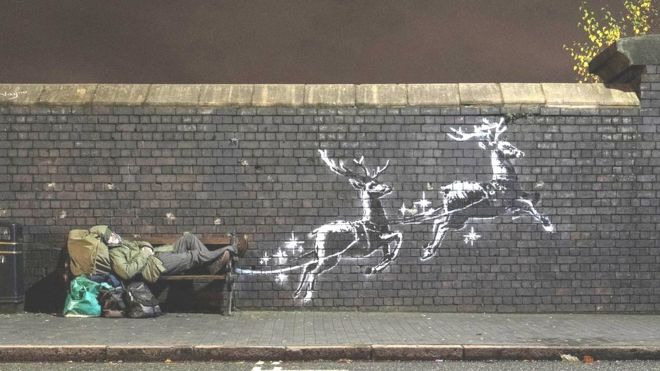 The elusive artist Banksy’s latest artwork draws attention to the issue of homelessness. A BBC article looks at the holiday-themed artwork on a street in Birmingham (in the West Midlands region of England), featuring two reindeer appearing to pull Ryan, a homeless man sleeping on a bench.

During filming, the artist reports that locals were quite generous, offering Ryan food, drinks, and a lighter. Released on Instagram, the video has been viewed nearly 3 million times. (See it here.)