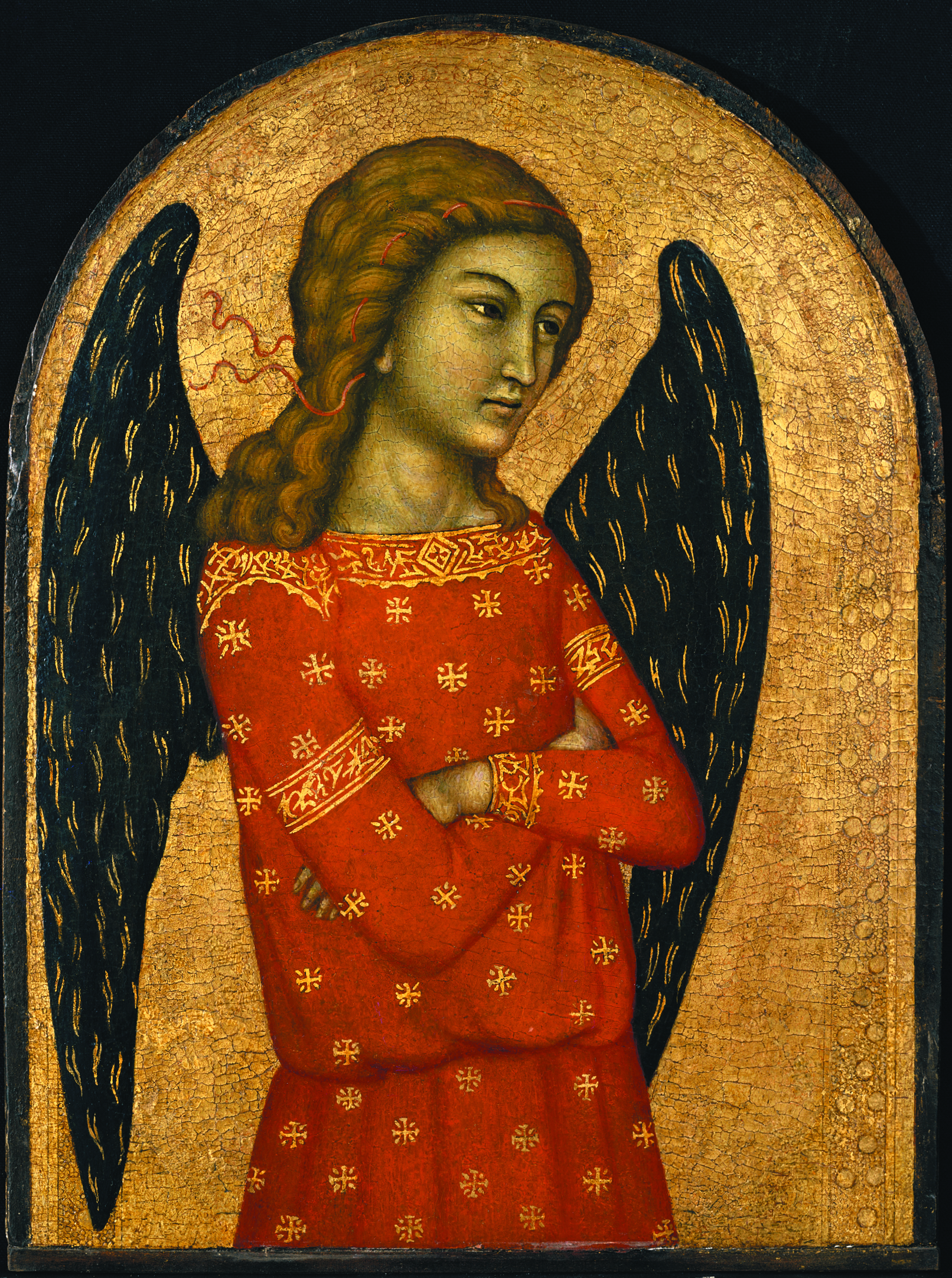 On August 2, Alexandra of A Scholarly Skater blog posted about her recent visit to The Hyde Collection. She referred to the Museum — which she learned about when she saw our sign on the Northway — a “most delightful little surprise.” We are proud to say that we hear that reaction a lot from people who cannot believe the caliber of The Hyde’s permanent collection.

Alexandra wrote a lovely post about The Hyde, its collection, and temporary exhibitions.

In the days that followed, she posted about the Museum again, this time wondering why Niccolo di ser Sozzo Tegliacci’s Angel, at the entry to the Music Room of Hyde House, appears so grumpy. Many of The Hyde’s docents and staff members affectionately refer to Angel as our “Angel with Attitude.” She’s delightful.

But there’s more to her pose than just a little sass, so I asked Jonathan Canning, The Hyde’s director of curatorial affairs and programming, to give Alexandra a little history.

Jonathan specializes in European Medieval, Renaissance, and Baroque art. When he arrived at The Hyde, he too wondered about the distinctive pose, so he started researching.

He believes the Angel panel was the pinnacle at the top of an altarpiece, so the angel was likely looking down on an image of the Virgin Mary or Christ. Typically, angels in such a position are adoring or venerating the image of the Divine below.

“The idea that an angel might be unimpressed or non-plussed by being in the presence of the Divine didn’t seem right at all,” Jonathan wrote.

Rather, he believes the crossed arms is a pose of adoration. We most often see angels with their arms raised or squared off in front of them, one arm crossed over the other in what he describes as an I Dream of Jeannie pose.  But Jonathan discovered another image with its arms similarly crossed from the same time period: Pietro Lorenzetti’s Virgin and Child Enthroned and a Servite Friar, with Angels at the Philadelphia Museum of Art.

“I suspect that Duccio may have invented the crossed-arm pose and used it on some part of the altarpiece. Lorenzetti then repeated it and others took it up from him,” Jonathan says. “Duccio’s altarpiece was broken up in 1711 and, while much of it survives, some panels are missing, including a number of the pinnacles, so we may never know the true origin of this unusual angel’s pose.”

Want to learn more about The Philadelphia Museum of Art artwork mentioned above? Click here.