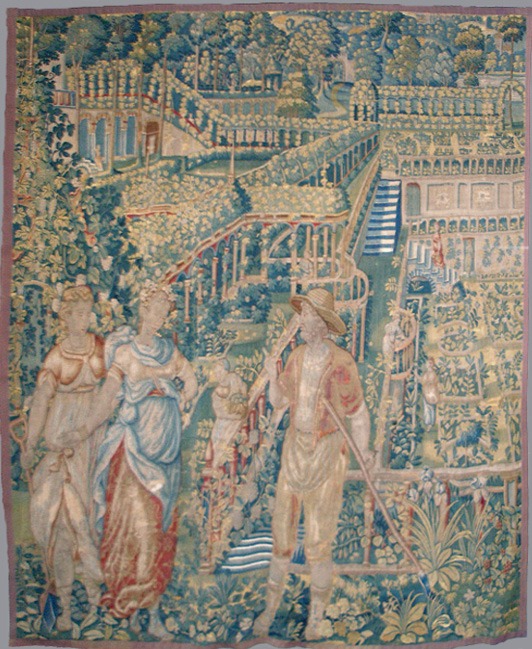 On Monday, The Hyde had a very special visitor. Victor Silvestri is an 89-year-old resident of Houston, Texas, who summers at his cabin on Lake George.

Mr. Silvestri loves art and has visited The Hyde several times throughout the past years. When his niece called to plan a day together, she asked what he would like to do, she said his answer was a resounding, “Visit The Hyde.”

While here, Mr. Silvestri went through the Museum’s temporary exhibitions like a knowledgeable docent, sharing information with his niece and her husband about the artists, what inspired their style, what was going on in the world when the work was created, and why it was important.

When I commented on his grasp of art history, his niece told me he’s also an artist. He humbly said he dabbled in sculpture. (Turns out, his work has been included in several juried shows and galleries in the Houston area.) Using driftwood he finds — often in Lake George — Mr. Silvestri creates unexpected works that are sometimes quite large. He said his Lake George cabin is too small to set up a studio, but said his home in Houston has a dedicated space for him to work.

His Texas home also houses what has become an extensive art collection of “almost anybody I (he) can afford.”

During our visit in front of Allegory of Spring, the fifteenth-century French tapestry in the Dining Room of Hyde House, I learned that Mr. Silvestri served in the U.S. military (he was stationed in Germany for two and a half years after World War II; one of his brothers, George, was at Normandy on D-Day and made it home). He joked that he had an “easy” job in the military and would often have weekends free. He traveled throughout Europe, visiting museums and seeing artwork he described as “simply amazing.”

He was educated as a chemist and worked for many years developing semiconductor chips for IBM. “That scientific background helps with my sculpture,” he said, describing how he can bond materials without discoloring or damaging the wood. “I like to keep them as natural as possible.”

At one point, Mr. Silvestri, who has also dabbled in watercolor and oil painting, created artwork out of semiconductor chips. His niece described them as “layered” and “casting reflections.”

He is looking forward to returning to his Houston home in a few weeks, not just because the mornings have been getting colder, but also because he was feeling inspired by the lake, mountains, and his visit to The Hyde Collection. “You’ve got a wonderful collection here,” he said.

Thank you, Mr. Silvestri. Your visit brightened our day.

(Mr. Silvestri preferred not to have his photo taken.)