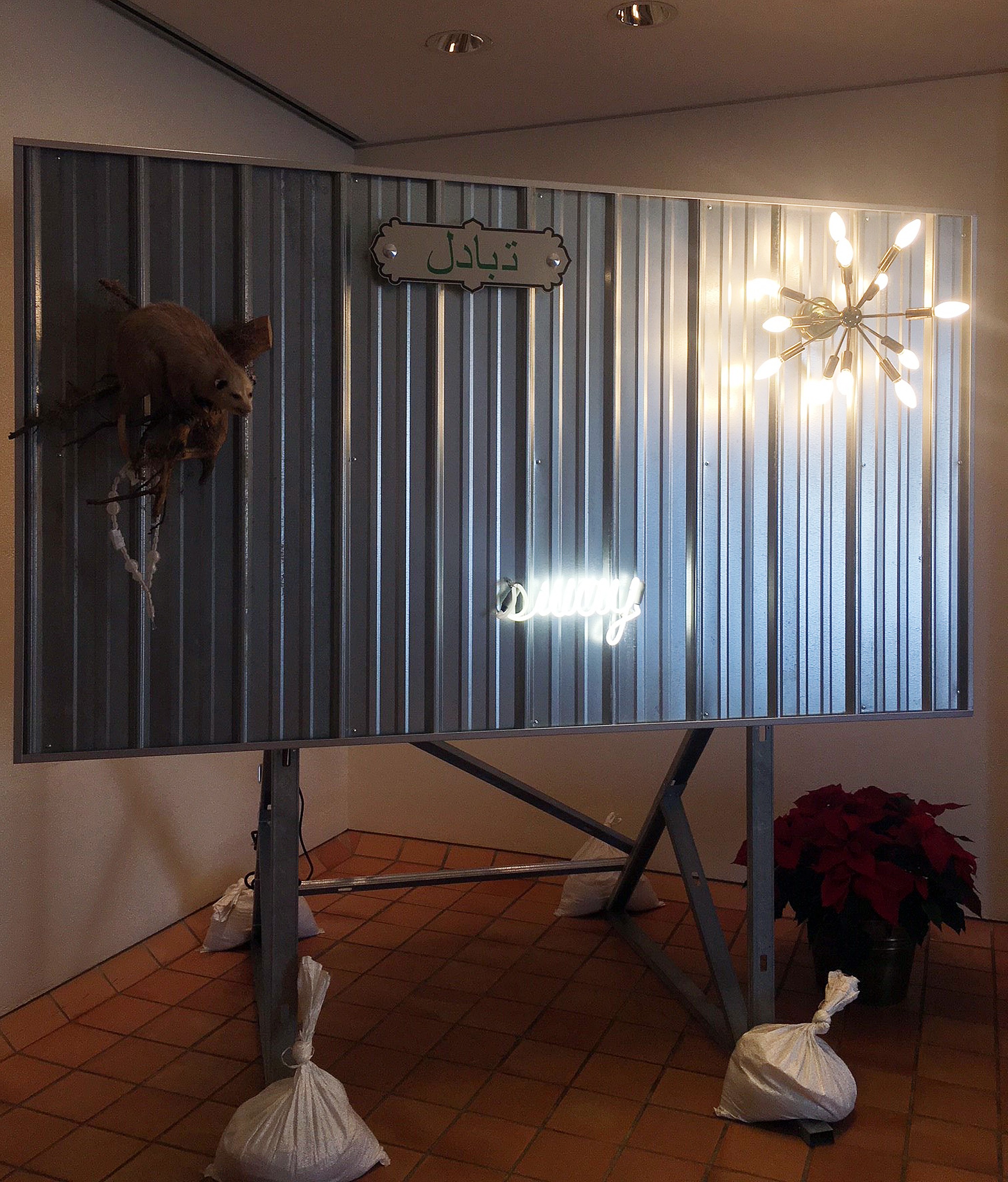 Wednesday (December 4) is the last day you can see Artists of the Mohawk Hudson Region at The Hyde Collection. It’s a must-see showcase of the immense talent of our area’s artists.

Several of the works have gotten a lot of attention from visitors and media, among them Daniel Buckingham’s White Wash, which is exhibited in the Museum Lobby.

An interesting tie-in on the final days of the exhibition: According to Garrison Keiler’s The Writer’s Almanac today, neon lighting was first demonstrated on this date in 1910. Buckingham’s artwork include a neon word, sway.

Neon lights were invented by Georges Claude, who introduced it at a Paris car show (coincidentally, it was the world’s first known car show). Neon is an inert gas that, when contained in a glass tube and stimulated with electricity, glows.

Within a few years, neon tubes became popular as novelties and in advertising. Neon signs were adopted more often after 1920; by 1940, every city in the United States was shining brightly with signs.