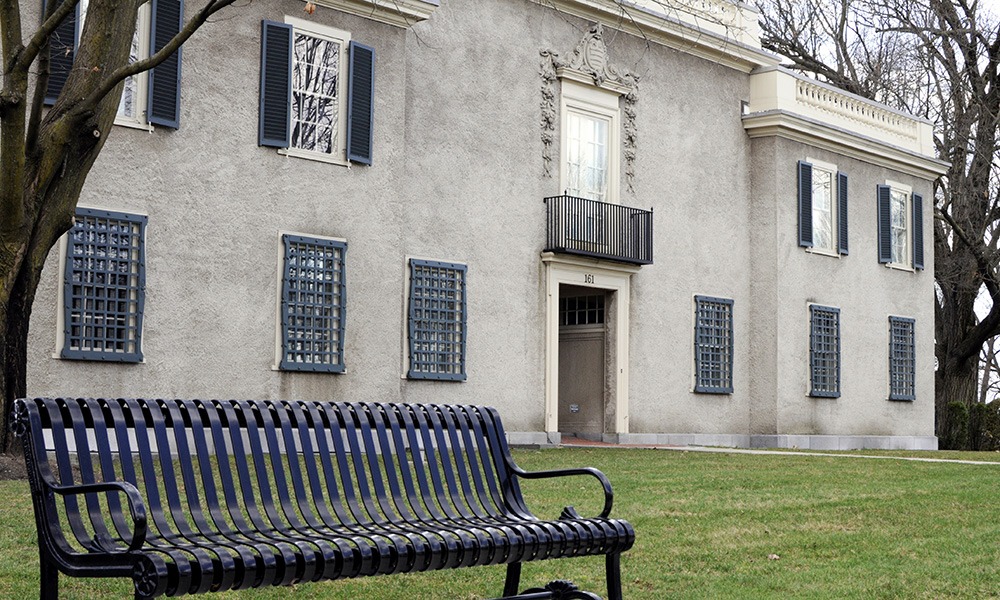 You don’t have to travel to a major city to catch a glimpse of some of the greatest works of the 20th century. Until June 8, visitors to The Hyde Collection can view works by renowned artists Alexander Calder (1973 lithograph, Waves) and Isamu Noguchi (1966 sculpture, Snail) at the Feibes & Schmitt Gallery.

Calder is known for bringing wire sculptures to life through the invention of the mobile, as well as for his exceptional work in furniture and landscape design. He got his start in the early 1900s, beginning with painting and then experimenting with the “kinetic” wire sculptures that would become his signature medium, eventually termed “drawing in space.” His work attracted other notable artists in the abstract scene, including Joan Miró and Piet Mondrian. In 1973, he was the youngest artist to ever receive a retrospective at New York’s Museum of Modern Art (MoMA).
His work is currently on display at the UNESCO headquarters in Paris, the MoMA, the Art Institute of Chicago, and of course, right here at The Hyde. Fans of Calder will also be excited to learn that there are plans underway for a new Calder Museum in Philadelphia, which is set to begin construction in 2021. The new museum, funded by the Calder Foundation in collaboration with the City of Philadelphia and the Commonwealth of Pennsylvania, will celebrate the artist’s life and legacy through a revolving cast of exhibitions. The space will also feature curated gardens and allow visitors to actively engage with some of Calder’s work.

Noguchi, too, worked largely in sculpture, creating well-known art installations such as Red Cube (1968), located outside of the HSBC building in Manhattan. He also collaborated extensively with dancer and choreographer Martha Graham, creating sets for many of her stage productions. Much of Noguchi’s work is influenced by his frequent travels and Japanese-American heritage. The largest collection of Noguchi’s work is located at the Noguchi Museum in Long Island City, Queens, but many of his pieces can be seen as public installations around the world. One such installation Noguchi completed in 1957 at 666 Fifth Avenue in New York is currently under threat of being damaged or destroyed, as the building it is housed in undergoes renovations. Preservationists, including the Noguchi Foundation, are lobbying to protect the sculpture, which Noguchi described as a “landscape of clouds.” Developers say the installation doesn’t match the new plans for the building.