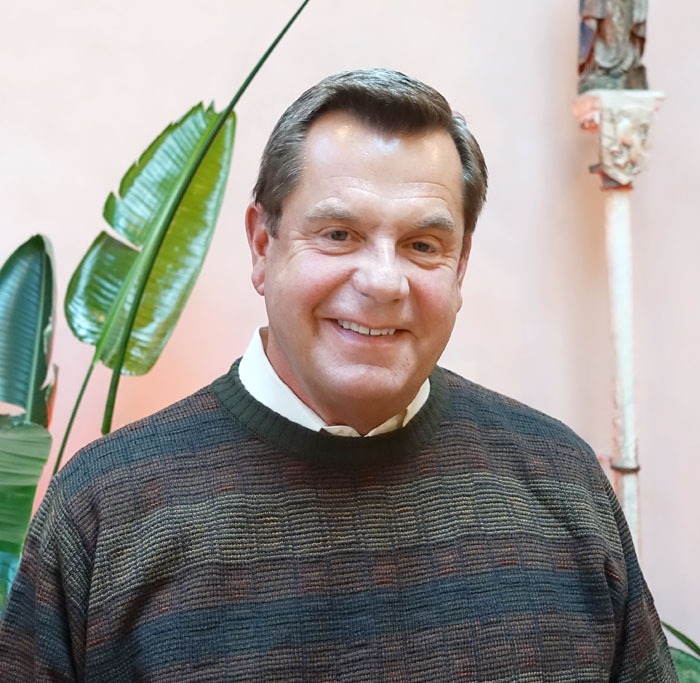 GLENS FALLS, New York—The board of trustees of The Hyde Collection is proud to announce it has appointed Norman E. Dascher Jr. as the Museum’s chief executive officer after an extensive national search.

Dascher, a resident of Diamond Point on Lake George and longtime regional nonprofit executive, brings to The Hyde more than three decades of nonprofit leadership experience and a lifetime appreciation of art. He will succeed Anne Saile, who has served as director since June 2017.

“Norm brings to The Hyde long and successful experience in raising money and expanding modern nonprofit institutions to serve the growing needs of communities,” said David Howson, chair of the Museum’s board of trustees. “His commitment to preserving the Hyde legacy, building new audiences, and ensuring the best and most modern visitor experience will build on The Hyde’s momentum and its many strengths.”

Most recently, Dascher served as president of Samaritan and St. Mary’s Hospitals in Troy, and as vice president of St. Peter’s Health Partners. He has earned numerous honors, including the Regents Award from the American College of Health Care Executives, Albany-Colonie Regional Chamber of Commerce’s Time and Service Award, and United Way’s Unsung Hero Award, among others.

“As the son of an artist, I have great appreciation for the power of art to build community and change lives, so I am very excited to be at The Hyde Collection,” Dascher said. “I look forward to building on the legacy of the Pruyn and Hyde families and working closely with our regional community to continue the amazing energy the Museum has created over the past few years.”

His appointment at The Hyde comes after a particularly successful few years, marked by increased donations, innovative programming, and community collaboration. In June 2016, the Museum opened Feibes & Schmitt Gallery, a 1,500-square-foot space dedicated to the exhibition of Modern and Contemporary art, broadening The Hyde’s scope, which already included Medieval, Renaissance, European, American, and decorative arts.

In June 2017, Anne Saile was appointed interim director to lead the Museum until the ideal chief executive was secured. She is an accomplished nonprofit CEO and founder of The Saile Group LLC, a business development and leadership consulting firm, and former president of Bellevue Woman’s Center in Schenectady.

She has served on numerous boards and blue-ribbon panels, is founding chair of the [email protected] Executive Advisory Board for Hearst, immediate past president of the Board of Directors of the Center for Women in Government and Civil Society, and founding member of the Forum for Executive Women. Under her tenure, The Hyde thrived, with attendance on target to surpass that of 2017 by 20 percent, children’s programs flourishing, and increasingly innovative programming giving visitors new ways to experience art.

“Anne has embraced The Hyde’s mission and helped prepare the Museum to welcome a new chief executive officer,” Howson said. “She has used her knowledge and experience to advance the work of The Hyde and she is leaving it in a wonderful position for Norm.”

The search committee was led by Chelsea Silver, co-vice chair of the Museum’s board of trustees.

He has served on the Troy Strategic Planning and Development Committee and on the Troy Redevelopment Foundation. Dascher earned a bachelor’s degree in business administration from University of Massachusetts-Lowell and a master’s degree from George Washington University. He has lived in Lake George since 2010.

“There are few people in whose care I would feel as confident leaving the Museum as Norm’s,” Saile said. “He has the right connections, knowledge, and passion to keep The Hyde’s trajectory of success and growth moving forward.”