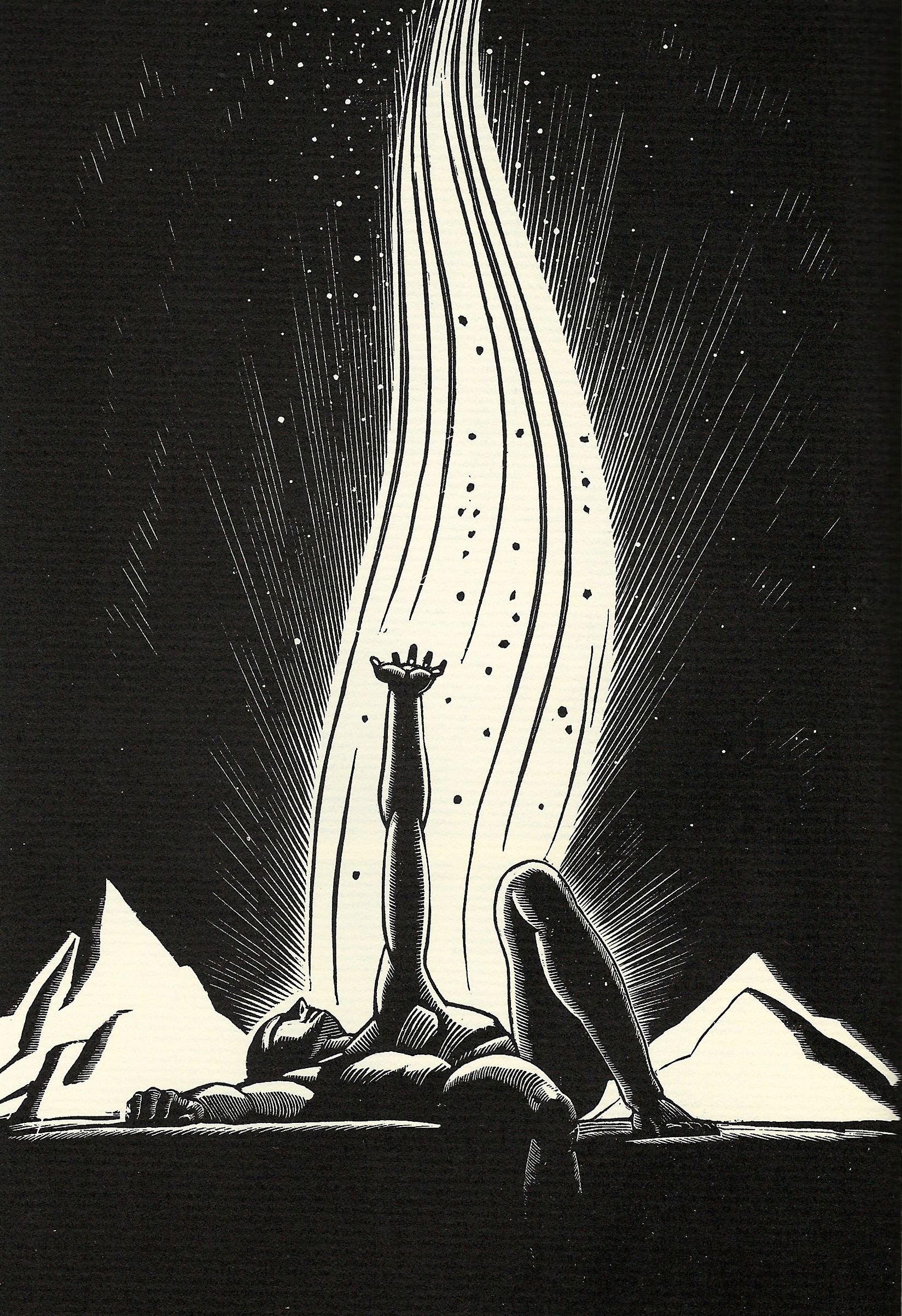 GLENS FALLS, NY—Rockwell Kent was a polarizing figure: An acclaimed artist and printmaker, a household name as traveler and author, his private mores scandalized family and friends, his social activism his political adversaries. His politics garnered him a certain degree of notoriety, while his art earned him critical acclaim. On Sunday, April 8, The Hyde Collection will open two exhibitions of the artist’s works in three mediums.

Rockwell Kent: Prints from the Ralf C. Nemec Collection includes fifty-two prints and a selection of ceramics by Kent; A Life and Art of His Own: Paintings from North Country Collections features thirty-seven paintings drawn from Plattsburgh State University’s Art Museum and private collectors throughout the North Country.

“Kent was a Renaissance man in a century of specialists,” said Caroline Welsh, director emerita of Adirondack Experience. The Adirondack art expert is guest curator of A Life and Art of His Own. “Over his lifetime, he created in almost every medium.”

Kent (1882 – 1971) traveled extensively to Greenland, Tierra del Fuego, Newfoundland, Alaska, and other remote locations, transporting viewers to the rugged extremes of wilderness. His distinctive style emerged in the early 1900s and seemed inspired by the grand landscapes of the cold, bleak climes he found among the faraway mountains to which he traveled.

Many of his works were centered on the inherent good of man and nature, and the relationship between them. “Americans were simultaneously in awe of nature’s power and confident of their ability to harness it to build a better future,” said Jonathan Canning, director of curatorial affairs and programming at The Hyde Collection.

Kent’s Modernism appealed to a large following, allowing him a successful career in major metropolitan areas despite living in rural Au Sable Forks (Clinton and Essex counties) for forty-three years. Drawn by what he deemed “humanist wilderness,” he moved to the Adirondacks in 1928, building Asgaard Farm with views of Whiteface Mountain and the surrounding High Peaks.

Among those to whom Kent’s work speaks is collector Ralf C. Nemec of Deer Park, Long Island. Nemec owns the largest collection of Kent prints in the world. “The catalogue raisonne has approximately 155 prints and I’m about nine shy of that,” he said.

Organized by Landau Traveling Exhibitions, Los Angeles, California, the exhibition at The Hyde will be the most extensive drawn from Nemec’s still-growing collection.

Kent was an author, illustrator, painter, printmaker, and ceramicist. He studied architecture at Columbia University, painted under William Merritt Chase at Shinnecock Hills School, and studied painting with Robert Henri at the New York School of Art with classmates that included George Bellows and Edward Hopper (both of whom are represented in The Hyde’s permanent collection).

Kent’s painting, woodcuts, and prints fascinated viewers with portrayals of some of the earth’s remotest places. Later in his career, he illustrated books, including such classic literature as Moby Dick and The Complete Works of William Shakespeare.

Kent’s political views, however, put him at odds with many in his adopted home of the Adirondacks during the McCarthy era. “He was a great patriot and very vocal about his strong belief in social rights,” Canning said. “That led to Kent being labeled a socialist, making him a controversial figure.”

His career survived, though, and he had great success commercially from his home in Au Sable Forks. A Life and Art of His Own includes several paintings that are rarely exhibited, some of which are drawn from collectors in the Adirondacks.

“There is such optimism and confidence in Rockwell Kent’s imagery of man and nature,” Canning said. “The clarity of his Modernist vision, evident in Mr. Nemec’s superlative collection, will resonate with contemporary North Country residents.”