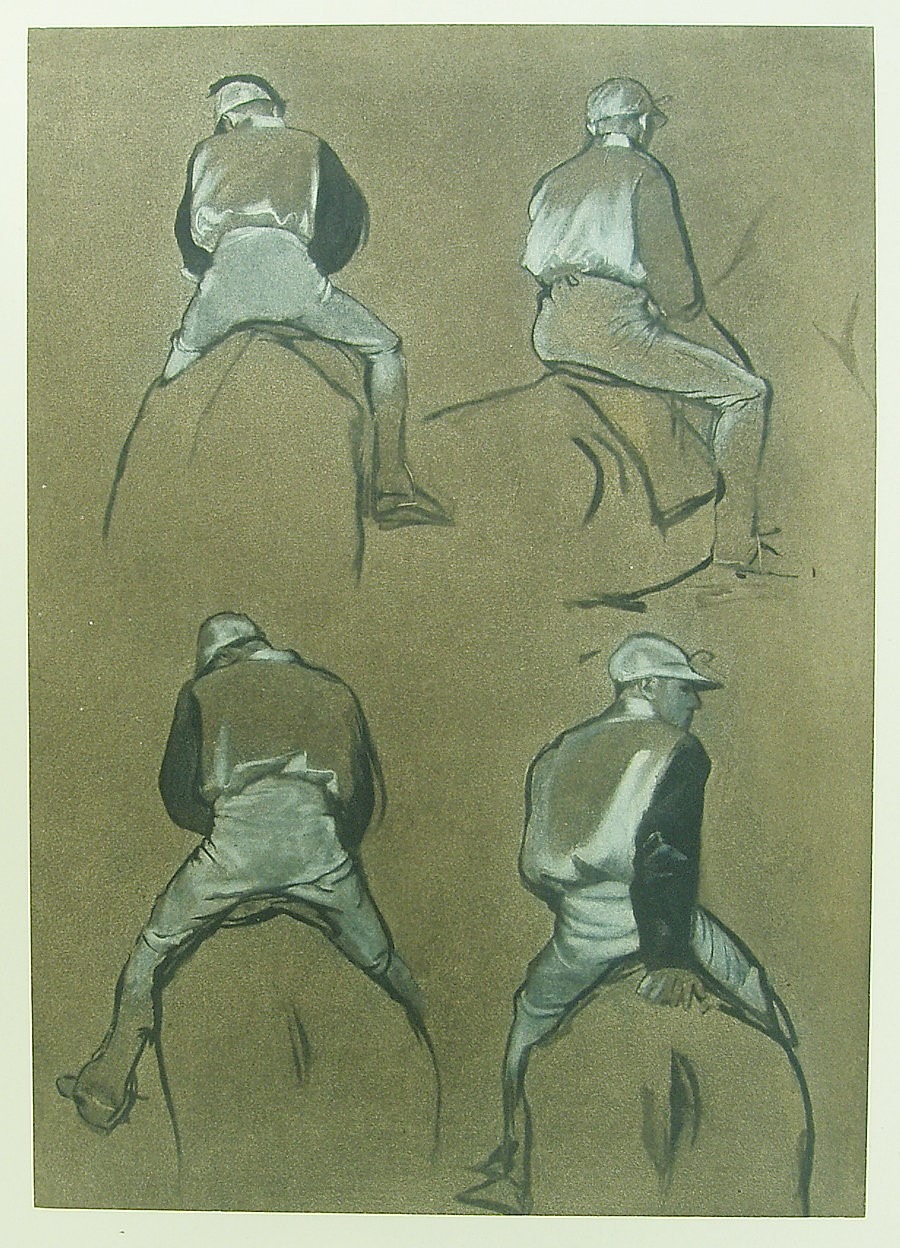 GLENS FALLS—Coinciding with the 2018 Saratoga Racing Meet, The Hyde Collection will present Horse and Rider in its Rotunda Gallery from July 20 through September 9.

Americans have long romanticized their relationship with horses: the majesty of wild mustangs galloping through the plains, the allure of cowboys on horseback driving a herd, the utility of farmers tending their fields with horse-drawn plough, and the grace of racehorses.

Horse and Rider explores the relationship between man and beast in the contexts of sport, pleasure, and work. The exhibition comprises ten works from the permanent collection by artists such as Edgar Degas, Frederick Remington, Henri Cartier-Bresson, Anna Hyatt Huntington, Wilke, James Brooks, and Danny Lyon.

Highlights include Degas’ Four Studies of a Jockey for “Racehorses before the Stands” from the portfolio Vingt Dessins, heliotypes of the artist’s works made with his approval; and his Horse at Trough, which was cast in bronze from a wax model after the famed artist’s death.

Included in Horse and Rider are two photographs from Danny Lyon’s groundbreaking Conversations with the Dead series. Both were taken during Lyon’s fourteen-month-long project in 1967-68 in which he was granted access to seven Texas prisons and chronicled the lives of inmates. Young Boss shows an officer with a cigar in his mouth relaxing on horseback, a second horse’s face filling half the frame; The Line shows officers on horseback overseeing several small clusters of inmates working a field fenced in barbed wire.

Especially relevant on the heels of the fiftieth anniversary of the assassination of Sen. Robert Kennedy are photographs that highlight horses as recreation. Henri Cartier-Bresson’s Robert F. Kennedy and his wife and son in stables, Hyannisport, Massachusetts, and Robert F. Kennedy on horseback with his family, Hyannisport, Massachusetts, show private moments of one of America’s most famous families enjoying time at the family compound on the coast.

Rounding out the exhibition are watercolors, oil paintings, and sculptures.

“The racing season in Saratoga is a wonderful opportunity for us to exhibit some extraordinary works from our permanent collection,” said Jonathan Canning, director of curatorial affairs and programming. “Having such a wide variety of horse-inspired artwork demonstrates the importance man has long placed on our relationship with the animals.”

Related programming
The exhibition inspired educational programs for the summer. The SmArt in Art series is held Tuesdays, beginning July 24 and running through August 28. Each week, participants will explore a different topic inspired by Horse and Rider. The children will build their art vocabulary and expand their knowledge by exploring the connections between different artworks throughout the Museum. Topic headings are: