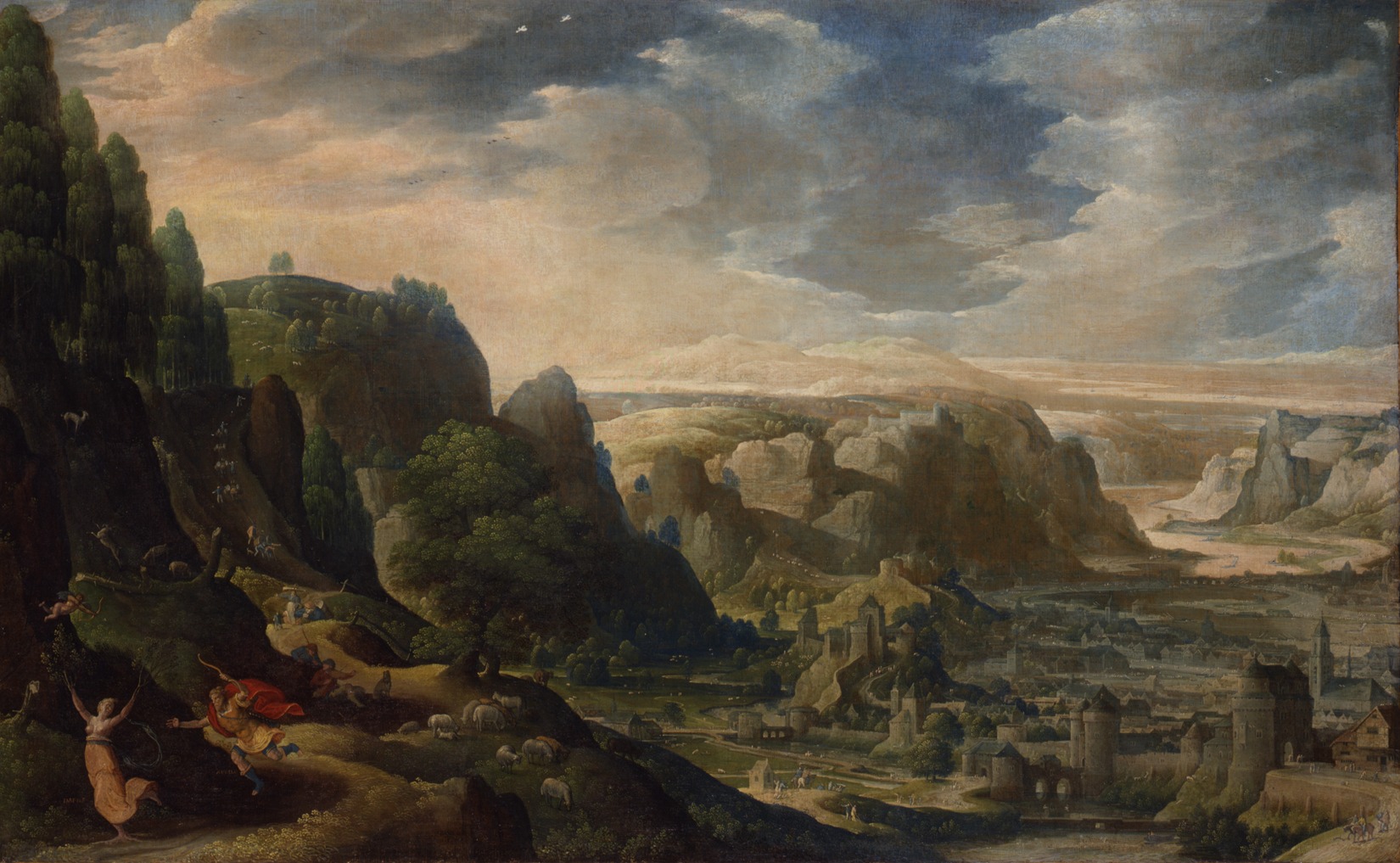 GLENS FALLS—Garrett West has seen his fair share of tragedies — and comedies, musicals, and dramas. The freelance actor, director, designer, and writer has worked with theater groups throughout the region.

On Friday, February 16, West brings real-life drama to Hyde House, retelling the stories of some of the most popular star-crossed lovers depicted in masterpieces at The Hyde Collection.

West is writing and directing Muses and Melodramas: A Valentine’s Tour at The Hyde Collection. In historic Hyde House, the stories of Paolo and Francesca in the library and Apollo and Daphne in the dining room will be told in skits performed by regional actors.

“We’re really excited to offer this engaging new type of tour,” said Museum Educator Jenny Hutchinson. “The performances will tell the stories behind some of the Museum’s most popular paintings, letting visitors experience them in an entirely new way.”

West delved into the real-life story behind Jean-Auguste-Dominique Ingres’ Paolo and Francesca and brushed up on Greek mythology to better understand Hans Bol’s Valley of the Meuse with Apollo and Daphne.

“I’ve really come to respect both the stories that these paintings are telling,” said West, who studied theater at the State University of New York at Oswego and has plans to pursue a degree from Castleton University. “The texts are so well written.”

The story of Paolo and Francesca is best known from Dante’s Inferno. Francesca was tricked into marrying Giovanni, then fell in love with his brother Paolo. When Giovanni discovered the affair, he killed Paolo and Francesca; the lovers were cast into the second circle of hell — reserved for the lustful — forever tossed about by the winds, helpless in a tumult of passion, much as they were in life.

“Beyond what’s written in Inferno, there isn’t a whole lot of background on the characters, so I’m taking the nineteenth-century play called Francesca da Rimini and adapting the final scene for our needs,” West said. The skit is about fifteen minutes long and features three actors in the roles of Paolo, Francesca, and Giovanni.

To bring the story of Apollo and Daphne to life, three actors will be cast in the roles of the titular characters and Eros, better known as Cupid. In mythology, the great warrior Apollo mocks Eros, the god of love. Tired of his jabs, Eros shoots Apollo with an arrow made of gold, instilling in his heart an unending love for the nymph Daphne. In Daphne, Eros shoots an arrow of lead, injecting her with a hatred of Apollo.

“They’re both (tragic), but to me, Paolo and Francesca is more tragic because it’s a true story,” West said. “Of course, it has been adapted over the years to make it more tragic …”

Muses and Melodramas will begin at 5 pm. Registration is required. The Hyde Collection’s last themed tours, the Candlelight Tour in December, were so popular, an additional tour was added, and all of them sold out.

“These specialized tours really give our visitors new ways to interact with our collection,” said Hyde Interim Director Anne Saile. “Even if someone has seen these masterpieces a hundred times, seeing them in such an engaging new way will transform perspective and introduce new emotions.”